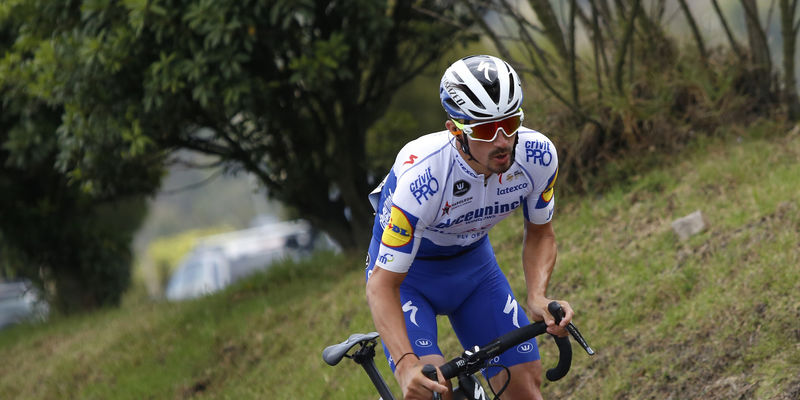 Taking place around the town of Livron-sur-Drôme and packing several Ardennes-type of climbs, the seventh edition of the Drôme Classic was animated by a three-man breakaway who nudged their maximum advantage to over eight minutes after the first hour. Our team was one of the three to control their gap, but with 100 kilometers to go, found itself one man short, after Mikkel Honoré hit the deck and had to abandon, fortunately with no consequences.

Neo-pro Andrea Bagioli and Ian Garrison shared pace-setting duties, reducing the deficit to the leading trio, before Ardèche Classic victor Rémi Cavagna moved to the front and made sure the bunch continued to make inroads into the escapees’ margin. With the gap cut to one minute, the favourites accelerated and forced a selection on Côte des Roberts, Julian Alaphilippe being among those to make the cut over the summit, even trying a probing attack at one point.

One long surge on the last hill of the day, launched after the attackers were brough back, left three riders at the front, and from this small group Simon Clarke (EF Pro Cycling) sprinted to victory. Alaphilippe finished in 17th place the French one-day race, his last outing before Paris-Nice, where he’ll make his return after two years. 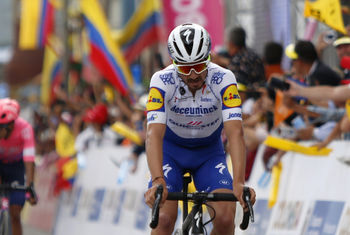 Alaphilippe lights up the Tour Colombia